Blog post about aMAZEment, a web-based game by PostRobcore.

Back in the mythical era of 2015 I started a game called aMAZEment. I was just starting to get into web development more and wanted to try making something using HTML5 <Canvas>.

aMAZEment was designed to be a roguelike game, except the monsters weren’t supposed to move. This would have given the player time to explore and think about how they want to approach the level. I didn’t plan to have hunger or any mechanics that would force players to progress through the level, so it would be fine for players to take hundreds of turns to figure something out.

I have good memories of this project because aMAZEment was one of the first projects that I started to show friends. It also had a really cool bug: 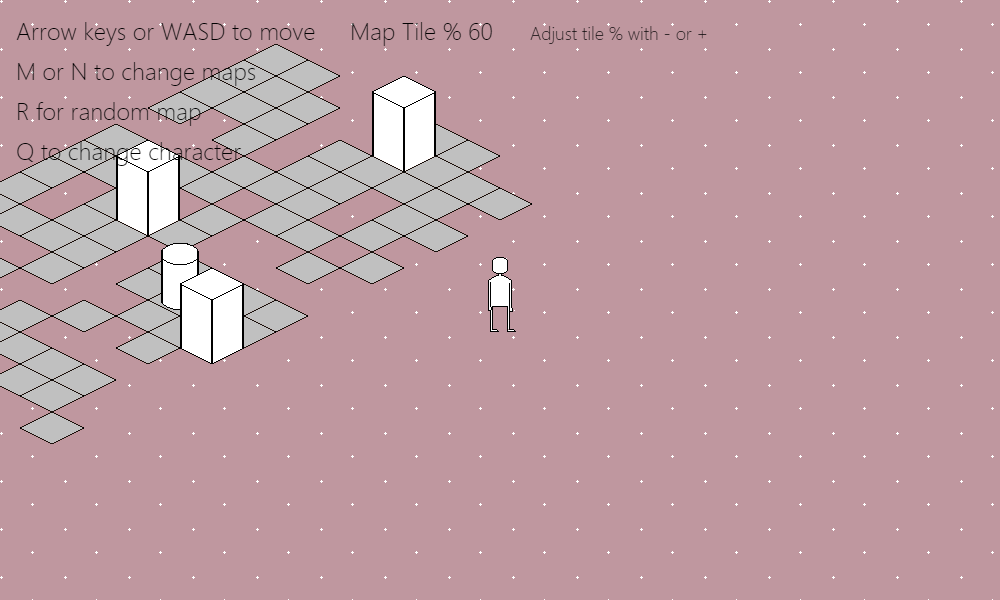 Tbh I don’t know if I ever tracked down the cause.

Also you’ll see when you play it that I didn’t follow my own design tightly enough. Monsters very much move around when you do.

The game has been on hiatus since 2015 so I don’t know if I’ll ever go back to finishing it without completely rewriting it, so you can play the WIP on this site. 😸